Being so far away from the main part of the ward & the nurses station had its advantages. For example, I was able to build a rudimentary still like the one they had on M.A.S.H. from various medical supplies I had liberated. What began as a small, simple undertaking devised to help pass the time, soon grew beyond my wildest imagination. In its earliest configuration, I was making a simple apple & fruit fermentation in my toilet tank, but as more people came by and requested a snort or two, I knew I was on to something. By the time afternoon rolled around, I had assembled a fully working moonshine operation, using nothing but rubbing alcohol, hand sanitizer, left-over cream of wheat and the berries one of the patient brought me back every time he went out for a smoke.

The first rule of runnin’ moonshine is NEVER drink your own product and the second, like Fight Club, NEVER talk about runin’ shine. It’s extremely dangerous, besides if I was caught I could be prosecuted for assisted euthanasia…. giving all these sick patients my 130 proof elixir was a gamble, but it paid off and how. No matter what, no matter where there will always be people willing to bend the rules for money and a hospital is no exception. I quickly had a couple of nurses and some porters onside and all I had to do was flash the Benjamins (I only accepted U.S. Cash Money Dollars) to get the guy who delivered the food onside, now I had a distribution channel. After that it was relatively easy, the hardest part was hiding the wood-fired boiling tanks….

As you can see the vegetation was quite lush in my room…. just me and a few of my boys getting the brew ready for dinner rounds.

By now, I would assume you had figured out I was feeling better…. Getting up was still brutal, but I had completely stopped bleeding, the meds had been pumped into for a few days and thus far no outrageous side effects. I was walking 4 or 5 times a day for about 10 minutes at a time and my heart was generally cooperating. The nurses were coming by even less frequently, hence the still… and when all the doctors and students came by on rounds, they determined that if my status held throughout the day I would be allowed to go home tomorrow.

My day was spent reading, sending off all my notes of encouragement I send to the orphans every week, letting my christian children’s fund foster kids know, Papa was OK — and with copious contemplation. It was curious that now and only now, when I was essentially out of the woods did I really start worrying about what had happened. For the first time since before the operation my thoughts weren’t consumed with the minutiae of getting through the day or blocked out by staggering pain… or out-runnin’ smokey while runnin’ the shine pell-mell over the hospital grounds. Man those Doctors can drink….

I found myself thinking… I guess mostly, what’s next…. What adventures will unfold, how will everything play out, Will I be cured? Will I get worse? How soon? The Myasthenia was still pretty good but most definitely it had returned – my speech was still very good, but my eyes were starting to lose focus and the double vision was back. Not terrible, but it was here and getting a teeny bit worse as time went on……. I was told to expect it to come back, don’t be surprised, don’t get disheartened, it takes a long time for all the errant anti-bodies floating around to stop being produced and wreaking havoc on my nerve receptors. It was also too early to tell what was going on with my heart. I was only a month out of the Ablation operation and they recommend waiting 3 months to properly heal. So most likely all this Tom-Foolery with my heart was due to the double pressures of recovering from the heart operation, then the stress of the transternal thymectomy.

My body was inflamed, swollen, irritated, trying desperately to heal and on top of that, we had also introduced a number of new medications, so basically my poor system was in a state of total freak out…BUT calming down and adjusting a little bit with each passing day. It would take time, but this temple of a body I wear around each day would once again rise, Phoenix like, to majestically rule over all I surveyed. Right now, however, I was looking pretty rough. The previous days had taken a pretty good toll on me and believe me, I looked the part. I love my cigars and couldn’t wait for my first one, so this picture was taken during the one and only time I snuck outside for a quick one…. actually, I don’t look all that bad…. ok maybe the skin was a bit looser, but come-on I had lost 17 pounds, yea for reals – the pounds had melted away….. 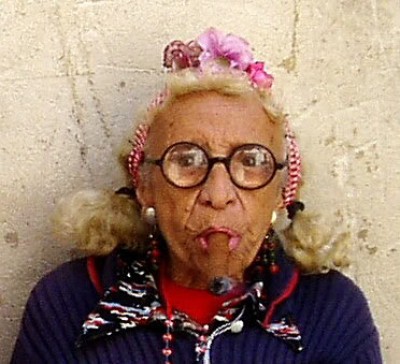