Rehashing the past won’t change anything, it’s just going to dredge up a bunch of old memories. We’ve all heard the same song played over and over. So here my lovelies are the facts, just the facts;

Freaking drugs man —- anyways, so I went back to taking the old ones, after so much hardcore drama it makes my head hurt thinking about it. Couple of ER visits, more doctor stuff…
There is no way to describe the feeling of having your heart cross that 200 BPM threshold when you are sitting still in a chair. Horrible and scary. Several people told me that you could see the back of my neck pulsing.
Anyways, that whole mess is finally starting to stabilize again – it’s funny I thought I had things pretty bad with the occasional breathlessness throughout the day, the two or three rhythm issues a day but just to prove me wrong and prove an old adage – things can always get worse. After that is was a pleasure to go back to the previous issues, a welcome oasis of peace and calm (for me, it would drive you insane instantly.)
Also saw the endocrinologist, my thyroid reading is completely normal, HOWEVER – no cheering yet, because he now wants to wait 8 weeks to see if it stays that way before he will sign the authorization to proceed with the pacemaker. So again… we wait.
8 weeks takes us to mid november, then if I’m still fine, he gives the go ahead and the heart centre people swear I can be in within 3 weeks… So it could all still happen before Christmas… of course by that point I will have had to completely write off another year of futility and accomplishing absolutely nothing more than dropping deeper in debt and struggling to remain being my awesome self.
. 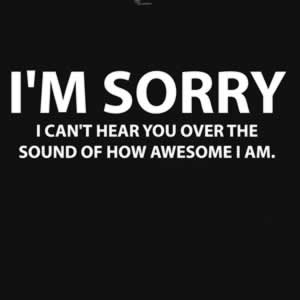 So there you have it, the update.
Have a Great Weekend

← Bears Feel My Pain
The Snap of the Shutter, The Non-Epiphany →