I’m not sure what exactly I expected to happen, perhaps I thought I’d be a different person or something – I mean not really, but you think maybe just maybe removing all your blood, watching it feed, roll and spin through a giant machine then feed back into the other arm would change you in some way…. Here, sit back, let me take you on a journey, a journey of the mind….

Actually let me take you back even earlier… just  as the molten crust of the earth was cooling and hardening… wait.. way too early… let’s just go back to yesterday afternoon. I had read a bunch of stuff online about how to prepare for the plasmapherisis, the main thing I got, drink fluids like crazy so as to ensure the blood was good and flowing, rather than thick and clumping…which is its own problem… Ok I get it – makes sense, blood that flows well is less likely to clot and stick and will exit, run through the machine and back into your body without issue. There is always a chance that small chunks of thick blood will stick in the machine, then break off and flow into you, now you have potential blood clots floating through your system waiting to blow up. SO, I called to ask what if anything I needed to do before coming in… the first thing out of her mouth was, don’t drink anything.. HUH… then she changed the time to an hour earlier… HUH… then she called me dirty, sexy names and told me how much it would cost per hour and I realized I had called an escort service by mistake… but that’s a whole other blog….

Suffice to say, I corrected the situation and Sapphire and I had a great time.

We went to the largest hospital in the province and immediately upon entering, got hopelessly lost. I parked and entered through a door that I was unfamiliar with and… well.. Mom and I found ourselves being given gowns and ushered in to assist on a surgery, no idea what it was we helped remove – however it was both nauseating and exhilarating at the same time. We finished up, scrubbed out and headed off, mental note, never enter the hospital from the basement….. eventually, found the proper corridors and I got us to the elevators. Thank God because if there is such a thing as the anti-directional compass – it’s my mother. Almost without fail, she has the ability to make the single worst directional suggestion imaginable.

Got to the hematology clinic, despite the autopsy, with minutes to spare and they hustled me into a bed. Miriam was to be my nurse and she started by asking if I knew what was about to happen. I think so, big needle in one arm blood comes out.. cleaned, big needle in other arm blood back in…. basically yes she said. Now, what I’d really like to do is distract you from what I’m going to be doing, so did you bring music or something to read or do? You bet I did, I brought flaming bowling pins, I’m going to work on my juggling… she didn’t think that was very funny. Next, I couldn’t understand why she was carrying a fire hose with a huge stainless steel harpoon on the end, then I realize that was the “large bore” needle she was fixing to plunge into my arm. Then before she puts the massive device into me, she stops dead and stares me in the eye and says…”now listen, this is a steel needle it does not flex and give like regular needles you need to keep your arm completely immobile for the duration of the procedure, if you don’t, the needle will rip a hole in your vein and then we have a problem, so I say again, do not move your arm. There is an alarm on the machine which will sound if you move, so I’ll know”….. cue visions of bloody holes ripped in my veins as I thrash about in the bed, trying desperately not to move but only doing more and more damage until only the slightest of meat holds my forearm on….. graceful arcs of blood shooting across the bed and floor coating, nurses, visitors and cleaners alike in one giant blood-gasm….. no I don’t think I have an overactive imagination, why do you ask? 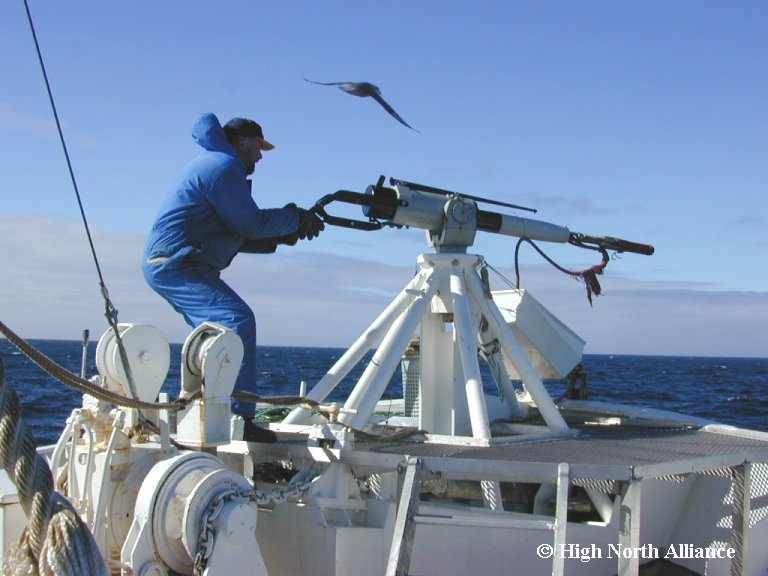 The Nurse preparing the Needle for my poor arm....

The second someone tells you not to move a body part the only thing you can think about it moving that body part. Luckily it was made somewhat easier by the sheer size and weight of the harpoon I.V. she was shoving into my left arm, that and not wanting to rip a hole in my vein. Easily the largest needle I had ever seen. Ok Chris, remember to breath….. you are going to feel some “pressure” here….. “pressure” is clearly a hospital code word for the feeling of having rabid wolverines chew through your windpipe…. and yes as predicted I indeed felt some “pressure”…. if that is “pressure” I’d hate to see what they call “discomfort” or god help me “pain”…. maybe having your eye sockets cleaned out with an old rusty camping fork would qualify. To make matters worse, the TV on the wall was stuck on “The New Family Feud”… now that caused some pressure of its own.. please change the channel, someone… anyone… or else go get me that rusty fork….

Once all was set up and I was plugged in, off we went. The rest was un-eventful with me dozing in and out as I laid there, left arm frozen, being hit with waves of nausea, then OK, then dizzy, then OK…. finished up in about 4 hours, with my new sparkling clean blood running through my un-torn open veins. They unplugged me, put these huge compression bandages on my arms to stop the bleeding from the holland tunnel sized holes in my arms and sent me on my way. As of the writing of this I have had, knock wood, no ill effects and seem to have tolerated it very well. Supposed to take a few days to get the full benefit so we will see…

I have been exceptionally tired, which the medical folks assured me is completely normal. So it’s off to sleepy time for me….

← Deaf Policemen, My Blood & Oxymorons
Nervously Freezing My Nuggets Off… →

One thought on “Escorts, My Blood & Rabid Wolverines”