Here we are, on the cusp of our last remaining sin, about to be denied. It’s been a good year, let’s go back over what has happened;

I had been hoping for a promotion, but what a surprise when the CEO came to my desk and begged me to take over the company. The whole office chipped in and gave the family a week in Paris to celebrate. Wasn’t that nice?

Of course Rebecca has been busy as well. You probably saw that news item about how she rescued a school bus full of children from a kidnapper, armed only with a plastic comb. Nice to think, too, that the poem she wrote for last year’s holiday letter will be chiseled into the wall of the Library of Congress. The twins did so well at the state tap-dance championship that Spielberg is crafting a movie around them, while Chris Jr.’s science fair project was the topic of much excitement in the New England Journal of Medicine….

Like i said it’s been a good year and there is plenty of reasons for us all to feel pride in our accomplishments, so why is pride considered a sin… lets find out together 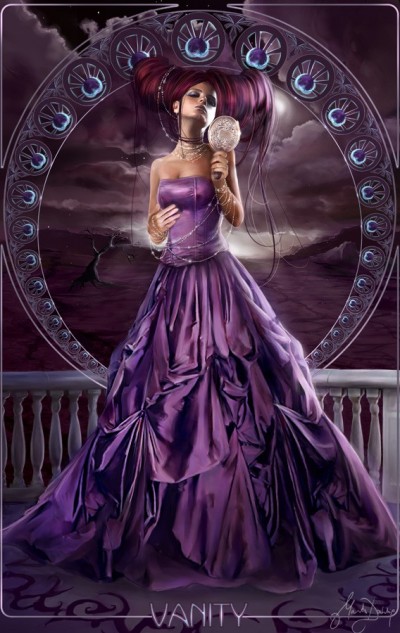 In almost every list Pride (Latin, superbia), or hubris, is considered the original and most serious of the seven deadly sins, and the source of the others. It is identified as a desire to be more important or attractive than others, failing to acknowledge the good work of others, and excessive love of self. Dante’s definition was “love of self perverted to hatred and contempt for one’s neighbour.” In perhaps the best-known example, the story of Lucifer, pride (his desire to compete with God) was what caused his fall from Heaven, and his resultant transformation into Satan.

Pride is competitive. We often say that people are proud of being rich or clever or good-looking, but they are not. What they are proud of is being richer or cleverer or better-looking than others. If everyone else became equally rich, clever or good-looking, they would have nothing to be proud of. The proud get no pleasure from having anything, but only in having more than others.

… A man took a dream tour of heaven and hell. In both places the people had long spoons strapped to their arms so that they couldn’t bend their elbows. In hell the people were starving because they couldn’t reach their mouths. In heaven they were feeding each other.

… and my personal favourite… there was a frog who saw the ducks flying south for the winter. When he asked them why, they said, “Because it is warmer there.” He said, “I’d like to do that too.” So he found a stick and asked two ducks to take each end in their mouth while he held on with his mouth in the middle. It worked! Then as they flew over a university an engineering student saw them and said, “That’s amazing. I wonder who thought of that.” The frog answered, “I did – and fell to his death!”

Your punishment in Hell will be: You’ll be broken on the wheel. A wonderful method of torture where you are securely lashed to a large wheel, spread eagle – the wheel is then spun and you are hit with large metal rods or big stones are dropped on you, until all your bones are broken, you are then either left to suffer until you die or you are spun one last time, then beheaded…..

Thomas Aquinas said of pride, “inordinate self-love is the cause of every sin… the root of pride is found to consist in man not being, in some way subject to god and his rule”

So actually, this one may legitimately, actually be a sin, I will allow it. Noone likes someone who toots their own horn too much, and it only follows that you should then be tortured for all eternity in hell… see what I did there – I condensed the seven deadly sins down to one single sin….  Don’t brag.

This concludes our series on the Seven Deadly sins, I would like to thank Thomas Aquinas for his hard work in helping form the ways, means and rules for how his fellow man will suffer eternal damnation, way to be a team player Tom… He played a huge part in writing the doctrine of the church an pope benedict eventually said, the church will adopt Thomas’s writings as their own… how was he repaid for his ultra piousness, and as a framer of christian beliefs. On his way to a religious Council, riding on a donkey along the Appian Way, he struck his head on the branch of a fallen tree and became seriously ill, eventually dying…. Thanks for nothing Jesus….

← Envy
Death to the Weakling, Wealth to the Strong! →