This will Depress You, unless you are a Cold Unfeeling Monster.

This is a long one, lots to tell….

I have no idea how you keep doing it. I don’t know how you keep reading – normally after I write a post I don’t go back and read it unless there is a good reason. At the outset of this blog, I stated that it was only to be used as an information dump… I would “release the hounds on you, the unsuspecting public. A requirement of writing this way is to simply steam on and write – normally the writing would be revisited later for a hearty round of editing. Not so here, what comes out stains the internet forever. I know I was up front – saying there might be spelling errors or punctuation fluctuations, so please ignore them and let my verbal artistry caresses your heart but well….

…then I reread yesterdays post – Sweet baby Jesus wrestlin’ a hangtail bobcat. It’s terrible, I’m surprised you’re not all out front of my place with pitchforks and torches, demanding that my fingers be broken with a ball-peen hammer for typing such nonsense. Misspelled words, sometimes even the wrong word – lackadaisical grammar to say the least, sentences that verge on nonsensical ravings, bending the limits of credulity. I couldn’t believe how it actually read…. shocking.

So, I just wanted to take this opportunity to say “Screw you, I ain’t no role model – the purpose remains to evacuate the noise in my head onto this post… thereby freeing my mind to ponder the deeper meaning of Japanese Schoolgirls…  Also as a way of letting the people who may care about me know what’s going on with my health. Normally, I would just rent a town crier outfit and ride a horse from town to town, upon finding the town centre I would shout out my post and move on… this blog seemed a bit easier.

Even though his hat is super badass, I’ve decided not to pursue the town crier route, although I do like the idea of starting the posts from now on with a hearty “Hear Yee, Hear Yee!….

Lets finish yesterdays health update. Actually now that I think of it, within todays writing and explanation we may well come upon a reason yesterdays post was so god awful.

OK so I ended with my being in Sinus Rhythm, like every bad visit to the mechanic joke ever… “I swear, it was making a weird noise this morning”…. here I was about to be implanted with the pacemaker and my heart was making out like all was honky dorey… always has been what’s with the doctors? We’re all good down here in mission control. Stupid… Stupid, Heart!

As I explained in a previous post, he was explaining to us why and how the Amiodarone was most likely the culprit in attacking the thyroid, so I had stopped that a couple of weeks earlier, but with such a long half-life – it could still be messing with things. Since I was in rhythm, right now, he also pulled me off Diltiazem, so that was it – no heart medications at all for the first time in almost 6 years. That lasted for exactly 3 minutes, long enough to write out a new prescription for Atenolol, another charming poison to throw into the mix.

Further to that he said (the cardiac surgeon) said, as I mentioned before, we are in a holding pattern until we can figure out what is exactly going on with the thyroid and its ridiculously elevated levels. I see my Endocrinologist on thursday of this week, still waiting for an appointment with my Neurologist, why will become apparent shortly…. So Cardiac boy says since I’m in Rhythm right now, start on the Atenolol and let it ride. See what happens. Oh I get it – gamble with my existence, awesome idea, hell’s yea, I want to double down on that action… 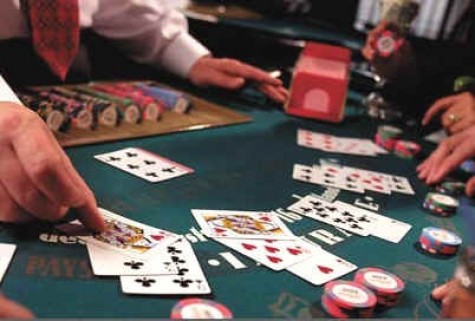 So that’s it – as he’s walking out of the exam room, I say “well yea Ok but what if I only stay in rhythm for a month or two?” Then he shoots back with a “well then you’ve had one or two good months and we will revisit when and if that happens”

Well ok, ummm, I’m not officially a doctor outside of certain parts in India, but I’m pretty sure that I will go out of rhythm pretty quick – as I’ve been struggling with it through several operations and for a number of years… but Ok maybe I have been touched by the Virgin Mary and all is well now. So we left the office, I filled the new prescription and took the first one the next morning, 1 a day for a couple of days then up to 2 a day…. didn’t even get that far, I took it Tuesday mid-morning, no other heart medications. Heart was still good, I changed no other meds or their dosage.

Really!??! Noone checks this out before giving it to me…. Really? Would it help if I enrolled in Pharmacy School, it probably would but I’m not doing it. So I put my foot down and called the doctor and the “nurse practitioner” to tell them what happened and to say I was not taking another Atenolol pill, but would instead go back on the Diltiazem. No answer from any of them… so I spent all of Wednesday in a pretty “high-strung” state of being.

By the end of Wednesday, I was getting a pretty serious tension headache, as you can imagine…. The next day – thursday, my eye was OK – a bit low but definitely better than the day before. I guess only taking one dose of the Atenolol was the only bright spot. I still had the headache when I woke up. Then I had it all day thursday, probably a 5 or 6 out of 10. But it went down to 4 before bed, but it was still here friday morning, now it was about a 2 or 3.

Then about noon on friday, my heart went bonkers. Like it had been holding its breath or something while it stayed in rhythm and now it was exhaling and gasping for breath.. I had skipped beats, double and triple beats, bradycardia (too slow) then tachycardia (too fast) then fibrillation, then flutter – everything…. very bad day.

The nurse got back to me friday afternoon but I wasn’t there to take her call, I was out being Canadian. So I didn’t speak to her until today. I had written an email recounting everything that happened and how I stopped the Atenolol and went back on Diltiazem – she said that was fine, then proceeded to say, “I got nervous when you mentioned your drooping eye but at least it wasn’t accompanied by a headache.” Ummmmmm, actually yea I had a pretty significant headache for 3 days after that…. So long story short most likely it wasn’t the Myasthenia at all, the drug was too new to affect me that quickly – it looks like I’ve had my first stroke.

One of the biggest problems with Fibrillation and flutter, poor blood pump = bad circulation = clotting = clots floating through the blood stream….. equals an eventual stroke. I’ve dodged it for 6 years, but I finally rolled snake eyes. That is my excuse for the post yesterday – actually given that I had a stroke – yesterdays post was nothing short of miraculous…. I don’t have any answers yet… I see my GP tomorrow, then Endocrinologist Thursday, still waiting for Neurologist appointment, I have tons more bloody work coming, another halter monitor and possible a cat scan or some such – on top of the pacemaker moving forward, after we wrangle the out of whack thyroid.

Bet you wish you were me, I can see it in your eyes. Stroke didn’t seem to damage anything major but we don’t know yet, walking fine, speech fine etc etc… but they are almost positive some damage was done, we just don’t know how much or to what part……

Ok well you know what I know… this is a pretty long post and pretty depressing, sorry about that – but you should try things from my side….. Anyways, I’m OK, not much to do but do what they ask and see what happens – although I kind of want to start drinking and smoking, why not? At least I would start having some fun again. Living clean hasn’t done me much good…. 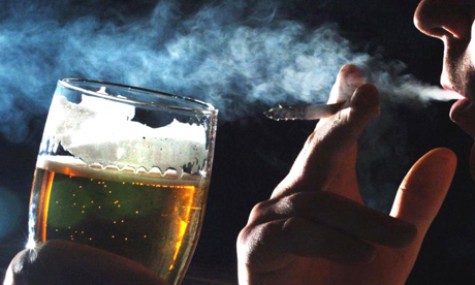 2 thoughts on “This will Depress You, unless you are a Cold Unfeeling Monster.”