You know – for the most part this post was started for me. To vent. To release. To spout off. My mental rumpus room…. Why did I say that? I’ve always hated that term. Rumpus Room, I always wanted to punch my friends moms who said Rumpus Room – you know what it means, I didn’t, I had to look it up and it means “a noisy, confused, and/or disruptive commotion” so, I guess, basically, Rumpus means life.

Anyways, even though I started out writing as a way of unburdening myself, without any agenda or deep thought about how it would impact anyone damn fool enough to read it…. something happened, out of that grew something unexpected. What grew was a kind of symbiosis, a give and take between you and me. Frankly, I think you got the worst part of that deal…

The most I can hope to do is keep you informed and maybe if I’m really cooking, make you laugh a little bit. But you… you have the power to make me feel better. I’ve had a lot of opportunity to feel bad, you couldn’t possibly have any idea how difficult it’s been – to have spent the night alone, after the visitors have left and the lights have been dimmed on the ward, wondering what the future holds, you spend much of your time trying desperately to reconcile equal parts trepidation, wishful optimism and paralyzing fear – it’s so easy for negativity to spiral off into infinity.

I can’t even count all the times I literally thought I was going to die. The dozens of nights in hospitals, nights at home, debating whether I should go to the ER and still, after all the experience I have under my belt – when I get hit with an episode my body is like a graceful gazelle bounding over a hot, parched, savannah plain, it’s amazing to see how quickly it takes off, ramping itself up into an ever-increasing vice of suffocating doomsday scenarios.

I need to deal with that, it’s my job to try and manage that, sometimes I can and sometimes I can’t. Absolutely none of your concern – shouldn’t matter one iota to you, other than your concern for another human being. But you all make it more than that…

You people and your words of encouragement are an amazing source of energy and power, hope and consolation – a comforting pat on the back and a gentle prod to keep going. I’ve tried so hard to stay positive, not always successfully mind you, but in the end, the real answer, the only answer, lays in resolving to do the best you can with the cards you’re dealt. 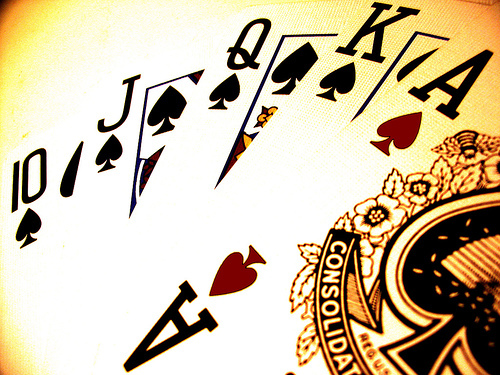 I thought about quoting some deeply meaningful Kenny Rogers here from his song “The Gambler”, then I realized there aren’t any deeply meaningful passages in Kenny Rogers “The Gambler” so I would like to quote Kierkegaard instead “A man who as a physical being is always turned toward the outside, thinking that his happiness lies outside him, finally turns inward and discovers that the source is within him.”

Kierkegaard, what a moron – obviously he’s never won the lottery.

← Slooooowly my brain leaks out my ears….
A Brave New Low… →