The Snap of the Shutter, The Non-Epiphany

I think I’ve discovered something about myself. It’s not what you’d call a huge epiphany or anything with the attendant level of gravity that would entail. It’s more of a quiet, deeply rooted realization. I suppose given enough time to reflect, I’d have eventually realized it has always been thus, but I think until now – I’ve fought it.

As with these things, eventually they will make themselves known, but not always in the way one would expect. Let me tell you what I’m talking about.

I’ve been trying to find ways to fill my time, when I able to be relatively active, or at the very least mobile – I’ve been doing the volunteer design work, but their requirements are sporadic, even though I do work for several of them, it’s not  a steady flow of need — and tends to follow the “when it rains it pours” truism, when one of them needs something, several of them need something.

So then I started working on the book I mentioned a couple of months back and that is moving along quite nicely but it’s not the sort of thing I’m driven to complete in marathon writing sessions, but in a more measured, even keel pace, a few pages a week – give or take. Then there are the videos of these posts I mentioned a few weeks back, also very time-consuming, pretty involved and detailed work finding the perfect video clips, music, graphics etc, so frequent breaks are definitely a good idea. Lastly I keep trying to find freelance work to help keep food on the table and stay out of ye olde debtors gaol.

Actually, when I write everything down like this it sounds like a lot – but it doesn’t feel like a lot, I’ve always been pretty high energy and needed a lot of stimuli to keep me from going bonkers. So on top of the previous things I mentioned I also started walking around town taking photos. The vast, vast majority of them are looking up. We all look straight ahead and we all look down, to see where we are going pretty much all day everyday. But we don’t spend much time looking up, unless you feel something drop on your head, so that interested me and I started walking around and looking up and just shot what I saw… 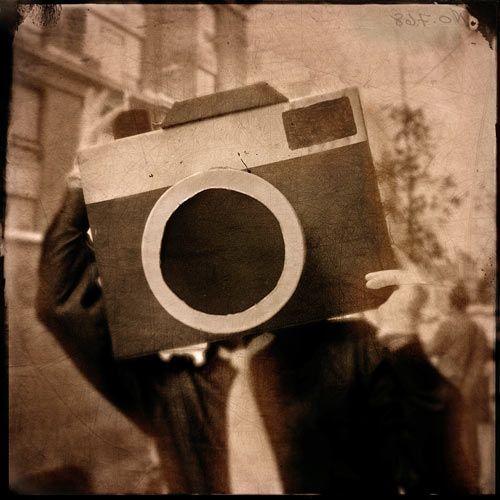 Several observations came from this activity, one – I like buildings a whole lot, two – there are a lot of wires over our heads, three – I like angles a lot and four (the deeply rooted realization I mentioned at the beginning of this post) – I hate people. What makes me say that?

Well, out of the several hundred shots I took, and continue to take there is almost never any people in them, granted I am looking up but still, there just aren’t people. I put a bunch of these pictures into a Flickr account, you can take a look at them if you want, I’ll put the link at the end of this post. I quite like some of them – I did do some post production on some of them but I never rotated them, those were all the original angles. There is one shot of my kids, but other than that absolutely no people… strange.

So there you have it, my non-epiphany was/is hating people. Except of course for all you dear beautiful readers, you are the exception, but those other idiots….

Check out the Flickr pictures if you are so inclined, and check on my latest, fleeting hobby, all 4 pages of them (about 50 pixs) and tell me what you think, do you have a favourite, do they stink, does the visceral beauty bring a misted tear to your eye – let me know, until then…

Have a Great Day  (Click Here to go to the Photos)

One thought on “The Snap of the Shutter, The Non-Epiphany”