Even though most Canadians ate their Thanksgiving dinner yesterday, today is actually Thanksgiving, and I promised to tell you the real story of the holiday and my ancestors part in it….

Right off, you should know – I’m full blood Comanche Indian and yes, on behalf of my people, I prefer the word Indian to Native… It’s an exceptionally long story which I may at one point sit down and put into book form, but I’ll spare you all the nuances and just give you the highlights. My tribe, and the rest of the Comanche nation, was located in New Mexico and Southern Colorado, they lived and thrived on the plains, mainly subsisting as hunter/gatherers. I have exactly one photo of my ancestor as a small child during that time — I remember hearing stories passed down from generation to generation – the time spent fondly frolicking amongst the cacti & sagebrush – respecting nature and worshipping the elements. They didn’t have a care in the world and yet he was such a serious little tyke….

Well this is where things get a bit tricky, I’m going to have to do some pretty significant time compression here, let’s just say that due to ‘creative differences’ my entire family were banished from the tribe. Just like that…. the elders went all serious and stuff, The Chief just saying, ‘you go now’… and with that the torches were extinguished and they had to leave the tribe…. my ancestor didn’t even have time to collect any of his nature toy action Figures, like rock and wood…. and with that they left.

While they sat, despondent, trying to figure out what to do, they witnessed a large number of Indians migrating west, mostly for the weather but plenty were going to try their hand at acting. Mind you this was about 1650 A.D., so good luck with that you Idiots.

Eventually it was decided that if everyone were going West, they would head East, with all the people they were passing headed West, surely there would be a plentiful bounty waiting for them in the East. Well, turns out that was just so, so wrong. It took them months of near constant walking to even make it to the Eastern edge of Mother Earth. They stopped and made camp where the Great Water began, they couldn’t even see the other side of the enormous lake before them so vast was its expanse. The few Indians they met seemed slow and unable to grasp even the simplest of concepts, and my eldest ancestor insisted they stop hanging out together every day after nature school at the Hudson’s Bay Mall

As a matter of fact, they were quite surprised to find that a great many things were much different on the East coast, for one, snow. What a stupid and unnecessarily elaborate way for it to rain. With the snow, came the cold and they did not care for that at all. Food was different as well, and they spent a lot more time gathering than hunting. One day they were out gathering and upon returning to camp, discovered that they had gathered a brochure promoting tourism in England. Well that was it, he was over the moon and after that it was all he talked about day and night, England this and England that, Britain, Britian, Britian…  go Manchester United, blah, blah, blah… They started building a dugout canoe almost immediately, with the intention of sailing over to the New World and starting life anew, free from religious persecution. Everyone was pretty game because seriously, England had to be better than this hell hole or at the very least it couldn’t be worse.

Have you ever heard of “The Black Plague” well my ancestors hadn’t – but England sure had…. Again, they were spectacularly wrong – England was much much worse, and excuse me – it’s called a loin cloth, you bloody Limey Ponce…. No, I’m not a girl and Yes I am wearing my hair in a ponytail – maybe you should spend less time making fun of me and more time powdering your wig – butch… I mean seriously, it was horrible….. 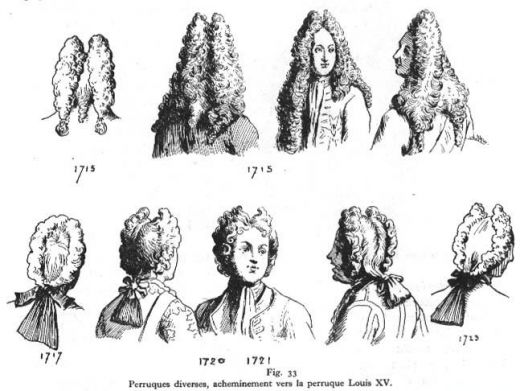 The only good thing about the whole bloody arduous trip was that they introduced my ancestors to Alcohol and Tobacco. In return, my ancestors introduced them to chicken pox and measles. So basically a zero sum trade.

The King on the Throne was Charles the 1st and my elder, being an industrious sort had found himself in the Kings service, setting up the first royal Casino. The king was so enamored of the Casino and particularly loved a good game of Keno, he rewarded my ancestor handsomely and in turn we all were allowed into British Society. Which could not have come at a better time because a couple of my more shady ancestors had managed to get themselves on the radar of homeland security and MI5, so it was imperative that we be allowed to assimilate quickly, thereby allaying all suspicion that we meant harm to England.

Long about this time, there came a great unrest, the Pilgrims became uneasy living under the King’s rule and also had started practicing some weird religious mish-mash of Wicca & Voodoo, this did NOT go over well at all with the general English population. It is widely held that these were the main reasons for the Pilgrims hot-footing it out England. The real reason they bolted, let me tell you about that – the real reason was that almost every single one of them owed a lot of money to the Casino and basically they were making a run for it….  It was decided that they would charter a couple of ships, pop over to the New World and a fresh start, leaving their debt behind. The two ships they hired were called the Mayflower and the Titanic. We all know what happened to the Titanic, it never made it to the New World, but the Mayflower did.

The Mayflower was a sizable cargo ship, around 100 feet in length. She had served many years in the wine trade.. With the crowding of 102 passengers plus crew, each family was allotted very little space. The 66-day voyage was frequently stormy.  At one point, a main beam cracked and had to be repaired using a large iron screw. When the passengers sighted Cape Cod, they realized that they had failed to reach Virginia, where they had permission to settle. The season was late, however, and supplies of food and water were low. The Indians who were already settled there didn’t know what to make of these new visitors but they did know one thing. Here was fresh meat, walking right into their camps – it wouldn’t need to be skinned, no messy pelts, no fur all mixed-up in the meat, this meat came pre-cleaned and best of all it was white meat – they were poised to become the very first fast food.

Welcome to the New World!

My ancestors saw what was about to happen and in order to keep the pilgrims alive and in turn their chance of getting their money back, spoke with a local Indian Brave named Squanto, and convinced him to take it upon himself to teach the pilgrims, how to hunt, fish and look after themselves. even though the Indians were all set to wipe those english suckers off the face of the earth, Squanto and my ancestors convinced them not to, that they could benefit by having these new, relatively helpless settlers on their land. They were harmless and always would be, due to their delicate constitution. Again – Oh My GOD, we were soooooo wrong.

Although Indians and Pilgrims joined together for a meal of thanksgiving in 1621, the Indians didn’t fare so well at other thanksgiving observances. In 1641, a raid against the members of the Pequot tribe in Connecticut was very successful, and the churches declared a day of “thanksgiving” to celebrate. During this feast, the decapitated heads of Natives were kicked through the streets of Manhatten. Many towns in New England held thanksgiving days to celebrate victories over the Natives. So – Happy Thanksgiving!

So there you have it – no good deed goes unpunished. My ancestors foresaw the carnage about to explode  in an orgasmic flurry of angry bloodlust and made their way north, to Kanada – and by way of creating a job and source of income for themselves, ended up inventing Niagara Falls……. The rest is History.