Sick People Can Cure You

Researchers at the University of BC just completed a study where they discovered that looking at images of sick people actually boosts your immune system. The researchers asked young adults to watch a 10-minute slide show containing a series of unpleasant photographs. Some of these participants looked at pictures of people who looked obviously sick in some way – people with pox and rashes, people coughing and sneezing etc etc. 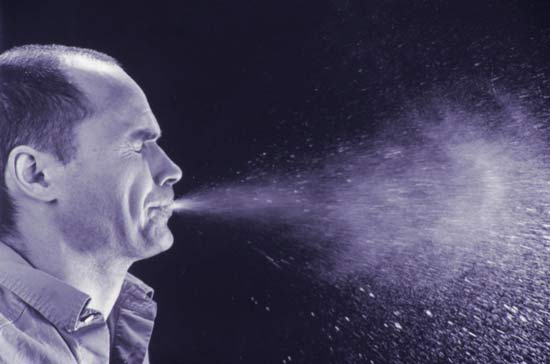 All the participants gave blood before viewing the photos, then half were shown pictures of normal folks and the other half saw only photos of the sickies. After the picture shows the two groups gave blood again.  The researchers measured how much interleukin-6 was produced by both groups. IL-6 is an antibody produced by the white blood cells in response to “intruders” – more of the IL-6 can be directly attributed to a more active immune system and a bigger threat to infections…..

Years of shame, hiding medical textbooks under my bed, thumbing through Life magazine and National Geographic at the library. I thought – I had to hide my secret obsession, I thought it was some character flaw, a sick, twisted rogue DNA molecule – this morbidly curiosity, watching ER & Grey’s Anatomy – never missing one of those shows on TLC about Half-people with No Legs or the Fattest Man on Earth, or the Man with Tree Hands or Siamese Twins, Smallest Girl on the Planet, all of them….. 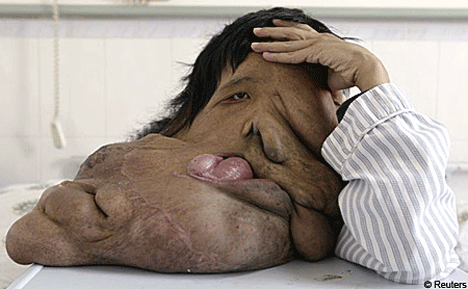 The original, legendary and most famous medical oddity ever known, John Merrick – the Elephant Man… look deeply into his eyes, you’re building your immune system and helping your body fight infection…… 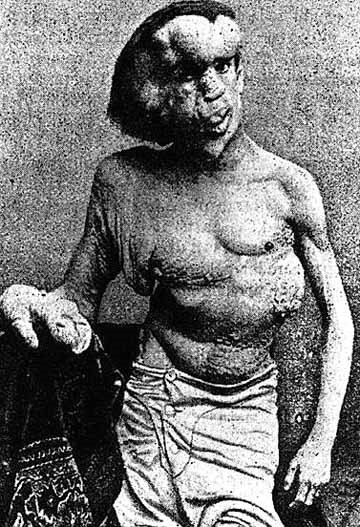 It wasn’t a sick desire to watch freaks and people less fortunate than myself navigate the world. It was the innate, subtle & subconscious inner workings of my body trying to heal itself. By watching & looking at all this stuff – I was building up my immune system, healing from within…… fat lot of good it’s done me……

Have a GRRRReat Day.

One thought on “Sick People Can Cure You”