Hey Everyone I have exciting news, earlier today I was checking some email and guess what I rec’d, never mind – you’ll never guess.

….apparently there are thousands of beautiful, single, Russian women waiting to talk to me, just waiting… waiting to talk – to me, I assume none of you have every seen these ads because it says right there in the ad, they are waiting, to – talk – to… me.

So this will be my last post for a while, you see I clicked on the weblink to see what they were on about, and yes… sure enough – there are thousands of Russian women waiting… waiting for romance, relationships and even marriage….. but mostly they seem to be waiting, to talk to me. Of this I am sure, because it says so, again – right on the website… it actually uses the word eager, they are eager and waiting to talk to me.

Now I can see it in your eyes, and believe me – I was skeptical at first too, but then after spending about 11 hours on the site today, well most of those fears have just evaporated – it was a bit frustrating at first because I wasn’t allowed into the VIP rooms to chat until I entered my credit card information, including PIN number…..    …social insurance number, current full address, birth certificate and mothers maiden name – grade school transcripts, place of employment, employee number, insurance documentation and organ donor verification – but, well, these girls were waiting, to talk to ME. What am I gonna do?

I didn’t even know you could get fingerprinted and have a retina scan done on your computer, but apparently you can, because I did…. they asked me to put my eye and fingers on the screen and hold them there for 6 minutes and then the process is completed and you are fully encrypted. You can plainly see their security measures are very thorough.

They talk about how wild there girls are, very fun-loving and only the best women are chosen from all across the Soviet Union. They sure know how to secure your attention, once in the VIP lounge area, this is the first picture you see…

Ummmmm… I LOVE Russia….. and not only do they stimulate with visuals, they are also quite the silver-tongued devils, I dare you to read the passage below and see if you yourself aren’t swayed to probe their website a little deeper…

I swear to you – this is copied verbatim, right off the Russian dating website;

Oh, what amazing legs! They shamelessly show summer shorts, frivolous skirts, open sandals and sandals on our free Russian dating. You more are comfortable in pants and closed shoes? Perhaps because is heels just before the hands do not come down? But is in vain. Their grooming – pledge your flying gait. In every joke there is truth. “What distinguishes the true lady of this?” Question, a trick question, because the answer suggests that the first pedicure makes year-round, the second – only in summer with our free Russian dating. There is something to ponder, is not it?

Hell yea, it is indeed something to ponder. Ummmm could you show me some more pictures of the girls now please…..

…and here is where the whole thing starts to fall apart, the next photo is a group shot of a number of the ladies, in some kind of Bangkok meat market style “selection group” where the women are assigned a number and then you chose which lady you would like to speak with, the photo is slightly grainy and you can tell by the expression on some of the women’s faces they are not really into it and a few of them looked to be surprisingly young… 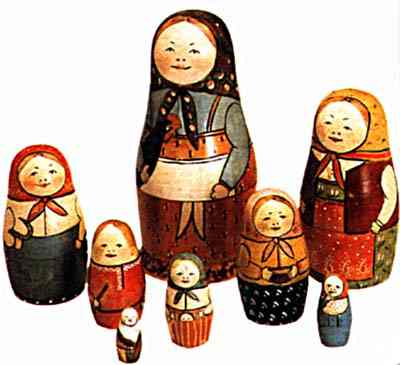 …it’s right about now I started to have some misgivings, were these ladies for real, were they coerced somehow, was the whole thing a scam.

Well I had come this far into the process there was nothing to do but push on, so I took a chance and sent a “улыбка” russian for smile, to one of the  ladies, I was careful to make sure it was one of the profiles with a photo, you know, I’d like to see what I was getting myself into… I was pleasantly surprised with how quickly I was sent a reply by Natasha and she offered to send me a picture from her private collection and I was like all Yea, do it…. and so she did it….

They lied to me, the babes weren’t waiting to talk to me, it was all a giant scam. Well the jokes on them because good freakin luck getting any money out of me… ha ha – I haven’t worked for a year, not only is the cupboard bare, we broke the cupboard up for firewood weeks ago…. so in the end, all I really lost was 11 hours but I gained a valuable lesson, everything you get in an email or see on the internet isn’t always on the up and up.

Take my cautionary tale to heart so that you might not make the same mistak…… hang on…….. hold up…… YES! ….. oh yea baby…. apparently there are beautiful Filipino women waiting to talk to ME….  I gotta go…..