Why couldn’t I be the new Wayne Newton?

You have no idea how incredibly long the days can be when you have nothing to do.

Repetitive, boring, uneventful, dripping with a thick, choking gravy of monotony. So I began searching for a hobby – something that one could easily pick up and relatively simply – master it. I don’t do very well with not doing very well. Let’s be clear, I wasn’t looking to go around randomly painting Sistine Chapels all over town, or go about busting out Cello Solos à la Yo Yo Ma.

I was trying to be reasonable about it… so it was off to the craft store. The first thing I found was Rug hooking…. don’t get too excited, it’s not what you think – or well, it wasn’t what I thought it was. Although the concept fascinated me, just the thought of all these skanky area rugs showing up at the downtown hotel rooms of sketchy Arabian Carpets, with money to burn… very seedy stuff that. Rug Hookers, so sad….

I assumed the area rugs would be all threadbare and in most cases suffered some type of abuse when they were younger. Breaks my heart. But turn that frown upside down friends, because rug hooking is completely different from all that business. It’s taking a little strip of yarn and pulling it through a hole with a “hook” tool and then tying it off. Viola, you’ve just hooked a rug, or well eventually you will have – after repeating the process about 17.68 million times, to make a rug the size of the average napkin.

This was a viable possibility, it was easy, mindless and afterwards you would have a cool rug with snoopy, or a unicorn on it. Nawww, that’s just too gay for words, if I started that chances are I would never be able to rejoin society in any meaningful way, so I steered well clear and decided to head on over to the “man” section – sort of redundant in a craft store I now know.

Eventually I did manage to find a wood burning kit. I remember years ago at christmas, getting a wood burning kit from my grandfather. Let me tell you what a wood-burning kit is, you get several pictures printed onto thin pieces of wood, a “tool” is included which plugs into the wall and then proceeds to undergo a sort of nuclear fission process, rendering the tip of the “tool” a few degrees hotter than the surface of the sun. The child, who, mind you is still working on their fine motor skills, is then able to use this wand to burn stuff.

The idea was to take the tool and burn the pictures into the WOOD. I guess basically back in the old days – colouring was deemed too unmanly for boys, so some genius had a great idea about how to butch it up. “Hell, why don’t we incorporate fire, danger, burning, smoking, smoldering arson wands for the little tykes. Now – much like the apes in 2001: A Space Odyssey, I had been granted the gift of fire.

I was forbidden to play with matches because I might start a fire and potentially harm others or destroy some property, but where’s the harm in letting me permanently scar my hands, arms and legs – I swear that little “tool” rolled off the production line with a demon in it, just like Christine – the 1958 Plymouth Fury from the Stephen King novel of the same name… 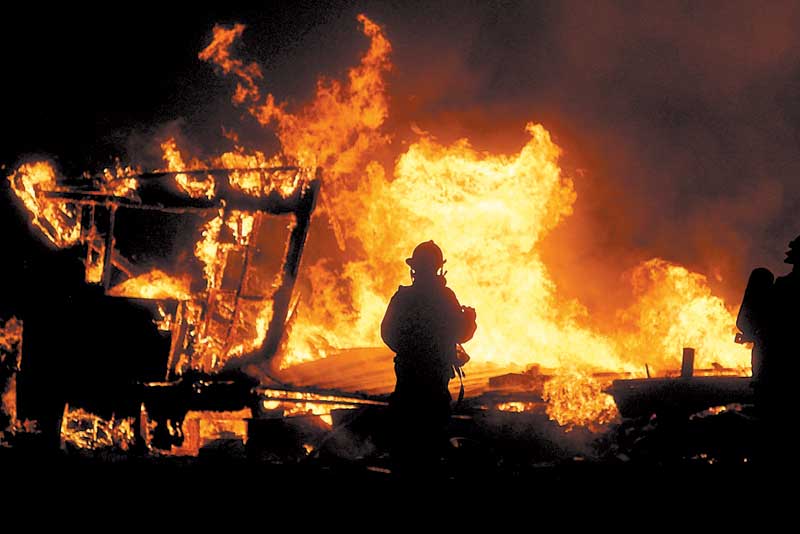 They should have used that picture in the commercial, every boy would be lining up for his own wood-burning kit. Needles to say I decided against going with the wood-burning kit. That about exhausted my choices at the craft store and so I left without even looking around the scrapbooking section.

There was filmmaking, I could really get serious about making some quality home movies, too expensive right now, another requirement is that I need the hobby to be dirt cheap. Alright smart-ass I can hear you suggest collecting bottles and cans on the highway as a potential hobby, I’m not quite there yet. The filmmaking idea tickled me, I could put all my old skills to work, re-acquaint myself with my obvious auteur tendencies.

But again, too expensive, I’d need to open a shady “casting” office where I’d be continually looking for actresses to add to their portfolio…

Then it came to me, music – I’m a big fan of music, it’s nearly always on, when I’m in front of the computer – which is most of the day. There are countless programs out there for the computer, particularly the MAC for making music. Talent, don’t need it, as demonstrated by turning on the radio at any given time of the day.

I could invest in a rhyming dictionary and pow, I’m a songwriter. I could use programs for drums, piano, guitar, vocals – autotune, pitch correction, hey who are we kidding I could be the next Britney Spears… or dare to dream, Wayne Newton – so it was to be music, my new hobby.

Most of you know I work naked, I also like to wear a helmet made of tin-foil to keep the government from stealing my best ideas, and the same goes for the large, multi-national music conglomerates. THEY CAN HEAR YOUR THOUGHTS. Anyways one of my kids caught me mid-jam session in my studio and so I figured I give you a glimpse of the genius at work… enjoy. 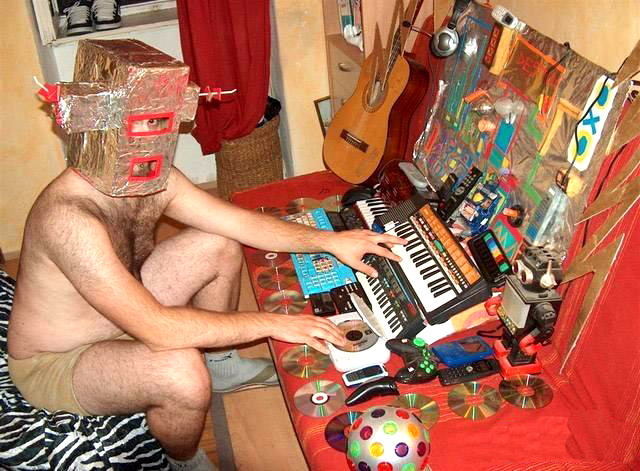 I’ll let you know when my first single drops….

← Hey You Spilled Nihilism all Over my Optimism
By George, I Think I’ve Got It! →